My name is Mr Harrak and I am the class teacher for 6YH. It has been wonderful welcoming the children back for what we hope will be a productive, fun and successful academic year.

This term, our topic will be Ancient Greece, which is a personal favourite of mine as well as the children. At Bessemer, we link our topics with the other subjects we teach ensuring the children have a broad understanding of the topic. 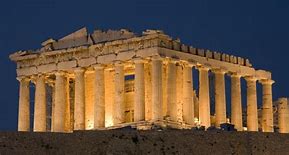 In English, we will be learning about Ancient Greek myths and poems. We have already explored the story of Theseus and the Minotaur, which has many versions. In fact, Greek myths are constantly adapted in order to portray its moral. We have already read two different versions of Theseus and the Minotaur, whereby the moral of the story was to be grateful and to always keep your word. 6YH also produced amazing poems about Cerberus, often highlighted as a savage beast, however some children wanted to be creative and changed the theme to ‘The misunderstood vitim’, as he was only carrying out the duties of his captor, Hades. We will be concluding the term with Shadow of the Minotaur, which is loosely based on Theseus and the Minotaur. This book is outstanding and I’m certain the children will produce amazing, creative pieces of work.

In Art, we have already produced some beautiful Ancient Greek landscapes using oil pastels, which are already on display in the classroom. In the coming weeks, we will be designing our own Greek pots; Greek pots are important because they tell us so much about how life was in Athens and other ancient Greek cities. Pots came in all sorts of shapes and sizes depending on their purpose, and were often beautifully decorated with scenes from daily life. Sometimes these scenes reflect what the pot was used for. Lastly, we will be designing and creating our own Greek sandals, which were important in everyday ancient Greek life. The hot, humid temperature resulted in every ancient Greek owning a pair and they were also worn by the hoplites in the famous battle of Marathon.  With Parthenons already hanging from every corner and shortly pots and sandals,  by the end of the term, our classroom will be a mini Athens.

In addition to learning about Greek mythology, we will learn about Grecian battles, especially the famous Battle of Marathon. We will write a non-chronological report about the legendary Greek victory by analysing how the ‘underdogs’ Greeks emerged victorious against the mighty Persian empire.

We use cookies to ensure that we give you the best experience on our website. If you continue to use this site we will assume that you are happy with it.Ok